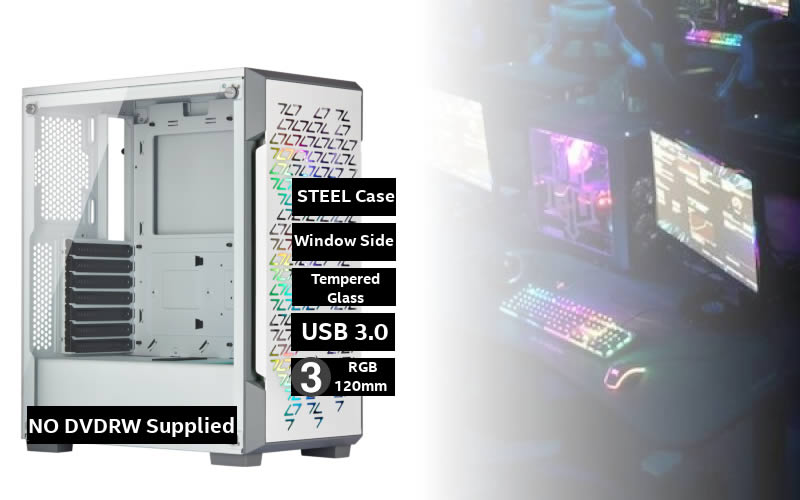 AMD finding such great success with its third-generation Ryzen CPU chips also seems to be bringing out the best in pre-built systems: Palicomp’s AMD Navigator is the third Best Buy-winning, Ryzen-powered desktop to grace these pages in as many months. Specifically, it uses the same mid-range Ryzen 6 3600X as the PC Specialist Inferno R1 (Shopper 380), but overclocked from 3.8GHz to 4.3GHz. It also shares a GPU with the CCL Paladin (Shopper 381), the 8GB Radeon RX 5700 XT, along with an up-to-date X570 motherboard, 512GB SSD and 240mm all-in-one CPU watercooler. That’s a lot of PC for £1,250, and it’s all wrapped up in a refreshingly unusual case, too.

The snowy chassis, a Corsair iCUE 220T RGB White, isn’t perfect; it only has an unambitious total of two 2.5in drive bays and two 3.5in bays, for instance. However, its metal frame is solid and sturdy, with a distinct look that plays into practicality as well. The front panel, chiefly, is covered in striking V-shaped vents, which allow for plenty of cooling air to be sucked in by the three intake fans. There’s also just the right amount of illumination. The front fans are all RGB-lit, as are the two 8GB sticks of RAM, but other than a dash of solid colour lighting on the graphics card and AIO pump, that’s it. They jazz up the AMD Navigator enough to avoid looking dull, but without veering into unsightly tackiness. Performance is the bigger star. In setting the Ryzen 5 3600X to 4.3GHz, Palicomp is in essence sacrificing 100MHz of the maximum boost clock speed in order to stay faster in heavily multithreaded tasks, and it’s a tactic that pays off: in our benchmark suite’s video-encoding and multitasking tests, the AMD Navigator scored 268 and 335, both higher than the stock clocked Inferno R1. The two PCs were also even in the imageediting test, with 186, so targeting 4.3GHz instead of 4.4GHz doesn’t change single-core power as much as you’d think. Overall, the AMD Navigator scored 288 to the Inferno R1’s 267, a modest but worthwhile improvement. Crucially, the overclock is stable, and the watercooler does a fine job of keeping CPU temperature in check: at maximum load, the processor was staying around 74°C, which isn’t even close to overheating. Judging by how close the AMD Navigator’s gaming performance is to the CCL Paladin, this CPU tweak has had only the tiniest of impacts on how it enables the GPU, but we suspect the RX 5700 XT would do well either way. In Dirt Showdown, running at Ultra quality, Palicomp’s PC cruised to 188fps at 1,920×1,080, only dropping to 185fps at 2,560×1,440 and even averaging 110fps at 3,840×2,160. It comfortably dealt with Metro: Last Light Redux as well. Using the Very High preset with SSAA enabled, it averaged 95fps at 1,920×1,080, 57fps at 2,560×1,440 and 26fps at 3,840×2,160, so only 4K proves a problem. Simply disabling SSAA bumps this up to a playable 51fps, although for extra slickness you may also want to drop down to High quality, for 72fps.

With a perfect SteamVR Performance Test score of 11, the AMD Navigator is well prepared for demanding games of all varieties. It’s notably better at running high-intensity titles such as Metro than the Inferno R1, as that has a less powerful GPU in its GeForce RTX 2060 Super. The AMD Navigator is also a lot cheaper than the Paladin, although that has a brawnier Ryzen 7 3700X processor and a gigantic 1TB SSD to make up for it. Not that the 512GB SSD here will make you feel short-changed. It’s twice the size of the Inferno R1’s, and is accompanied by a 2TB hard disk for even more capacity. It’s not breathtakingly fast – AS SSD recorded a sequential read speed of 1,696MB/s and a sequential write speed of 920MB/s – but it’s speedy enough to avoid long load times. If PCI-E 4.0 SSDs ever become more affordable, you could potentially add one in, as the X570 motherboard and Ryzen 3000 CPU combination enables such an upgrade. There’s also a spare PCI-E x16 slot, three PCI-E x1 slots, one empty M.2 slot and two RAM slots for you to fill, should you feel the need.

Connectivity is good, too, as while there are only two USB3 ports on the front panel, the rear panel offers plenty more: two USB3.1 ports, four USB3 ports and a USB Type-C port, to be exact. There’s no Wi-Fi, unfortunately, but there is a trusty Gigabit Ethernet port, and hi-fi enthusiasts will appreciate the inclusion of optical S/PDIF, rear speaker and side speaker outputs. The same panel also tosses in a PS/2 socket for older peripherals, while video outputs come in the form of one HDMI and three DisplayPort connectors. Powerful for the money and devoid of serious faults, the AMD Navigator is yet another top-notch Ryzen desktop. It’s £50 more than the Inferno R1, but for this you get a reliable CPU overclock, a better GPU, more SSD space and a newer motherboard chipset, so the choice should be obvious.

Where To Buy PALICOMP AMD Navigator

Buying Online has become a standard in the era of modernization and information technology. However, it is extremely important to be cautious when making a decision to buy online. Shopping had never been easier before. Who knew that sitting at home and from the comfort of their own couches and bed, people could make purchases online. They can buy books, clothes, accessories, beds, furniture, and what not. The list goes on. However, there are certain things to keep in mind.

Given below Are a few tips, which can help out with making decisions that are resourceful:

It is Important that the website on which a person is entering their credit card information is safe and protected. Usually, the websites, which are safe, begin with https and the non-secure ones with http since it is almost always better to be safe than sorry.

Buying Online would be protected when an individual would use the well-known websites. Make sure that the domain is correct and there's absolutely no spelling error in the website address. Some links can be enticing and the deals could appear too good to be true.

When a Particular website, which is quite unfamiliar but has good deals request the birthdate and the credit card details and there are other red flags like asking too many questions; it would be best to avoid it. The deals can be too tempting but giving out too much information could fall in the wrong hands.

It would be Wise to keep a close watch on the bank statements especially today it is a lot simpler as information is available online. One can easily check the activities on the electronic statements and keep a track of those. However, if someone feels there is a fraudulent activity, it would be smart to report the matter at once. It is always better to be safe than sorry.

Sometimes Using the public Wi-Fi can be very tempting especially when it is available free of charge. However, it would be wise to use the mobile data instead of people Wi-Fi when doing a significant trade. Keeping in view the fact that world has taken the kind of a global village it is now a good deal easier for the scammers and attackers to monitor information especially if somebody is using the network, which can be obtained at no cost.

Buying Online is tempting and easier as it saves a person from the hustle and bustle Of the busy malls. There are sometimes great bargains, which can be found only on The websites and it would be wise to shop online. Technology is bringing Numerous changes in the life of modern individuals and one of these change is in The way people shop nowadays. However, while making an online purchase it is Important to keep the different guidance in mind, which may save someone from a Lot of hassle and deceptive activities, which are quite common these days. 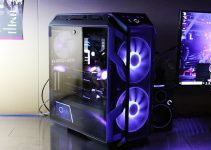 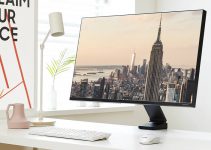 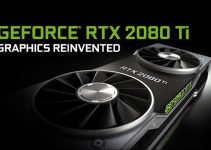 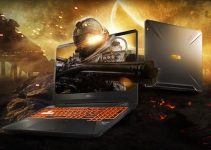 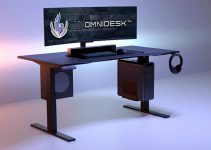 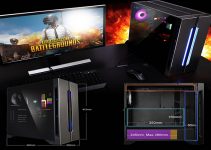